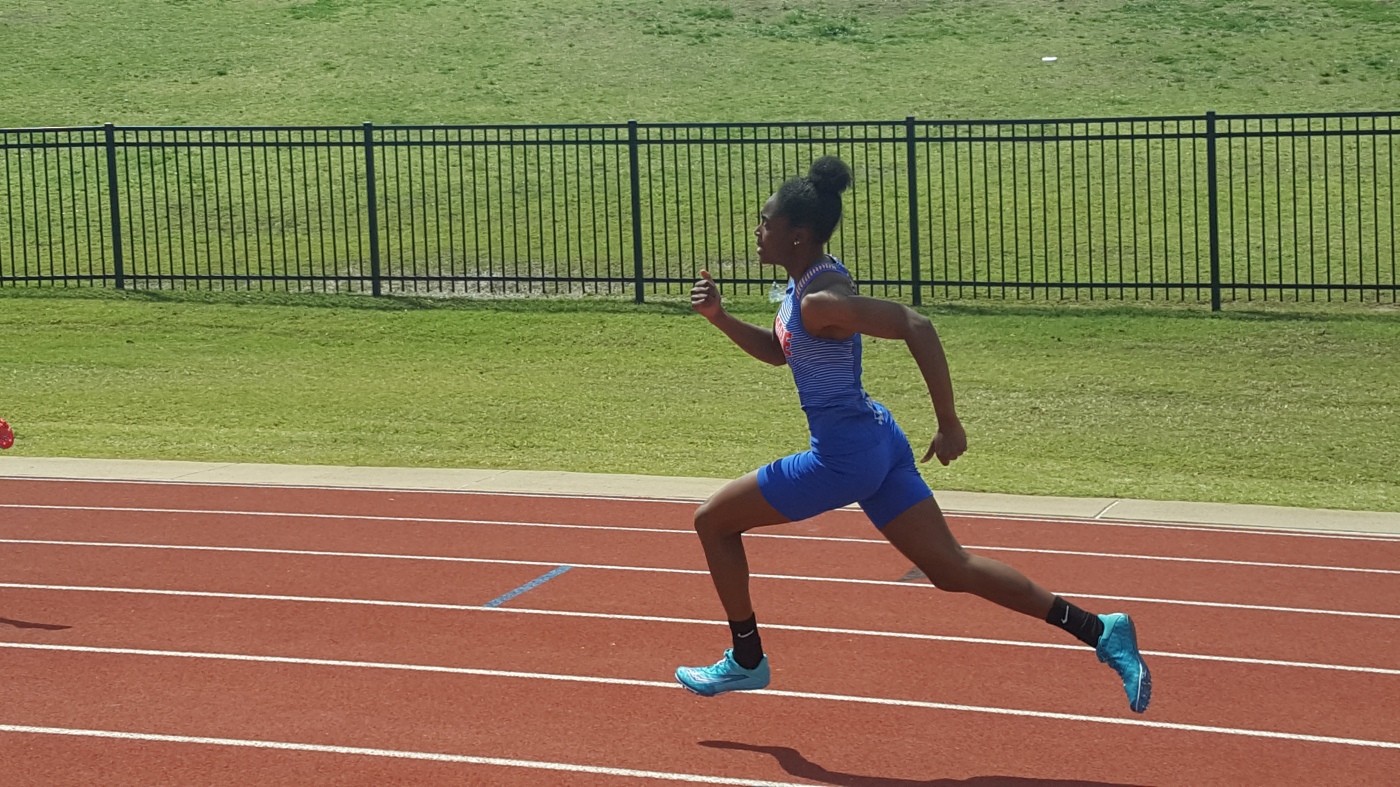 MOORE, Okla. — When Tianna Holmes started running track at Moore, she had no clue what she was getting into or what she could do. But somehow in four short years, she has become one of the most impressive runners in the state.

After winning the 6A girls 400-meter dash state title as a junior, people start to take notice just what kind of talent Holmes was. Now, with just two weeks left in her high school career, Holmes is looking to close out her senior year with a bang. That means another championship and a few records.

“PR. PR. And by the time state hits, to run the best I did all season,” Holmes said of what she wants to see out of herself. “That’s all I want.”

After running a 55:32 in the 400 meter dash at the Central Oklahoma Athletic Conference Championships last week, Holmes was visibly upset with herself. Even though it was her best time of the season and the fastest any girl in the state had run the 400 this year, she was not happy.

“I ran well, still need improvement though,” Holmes said. “I still want to break 55 by state. So, that’s my main goal right now.”

The state record in the girls 400-meter dash was set by Glenda Marshall from Muskogee. Her time of 54.89 has stood strong for 31 years.

But if Holmes wants to make it her own, she knows she has to dominate one particular section of the race.

“That last 100, that’s just heart and grit right there,” Holmes said. “So I’m going to have to just find the strength to get through that and whatever happens happens.”

While devising a plan to break a state record may seem normal to Holmes now, it was far from her mind when she first started running.

” I did not imagine this at all. My freshman year, I came. I had a torn calf so I was out the whole season,” Holmes said. “Sophomore year I wasn’t even running that fast. So, Junior year I really kicked in and I was like, oh, I can do something with this, and I just worked hard every single day throughout the off-season and during the season.”

It was during her junior campaign that Holmes made up her mind that she wasn’t going to be an ordinary runner.

” I guess just the will to compete and want to win kicked in,” Holmes said. “And be the greatest to come out of the state.”

It was that passion to succeed that Moore coach Stefan Seifried said he recognized immediately in Holmes.

“In my 25 years of coaching, she has been the most joy to be around,” Seifried said. “She is great natured, she has a great work ethic. She just goes and competes. She’s got the it. She is a workhorse.”

Holmes said she owes her rise up the track and field charts to her faith.

“Just believing in God and trusting in Him, and that everything is going to go the way He wants it and it’s His will and His plans,” Holmes said. “Faith, and trusting in your abilities and what you trained. You trained too hard just to settle for less. So, I always come out here every single day and give it my best.”

Because of that attitude and her talents, Holmes recently signed a National Letter of Intent to run track at Wichita State University on a full scholarship. Once again, it was something she could never have dreamed of as a freshman.

“It’s like all the hard work pays off in the end,” Holmes said. “Like, all the sacrifices you do pays off.”